Botswana is the jewel of Southern Africa, with its diverse ecosystems, its extraordinary wildlife viewing opportunities and its friendly nature 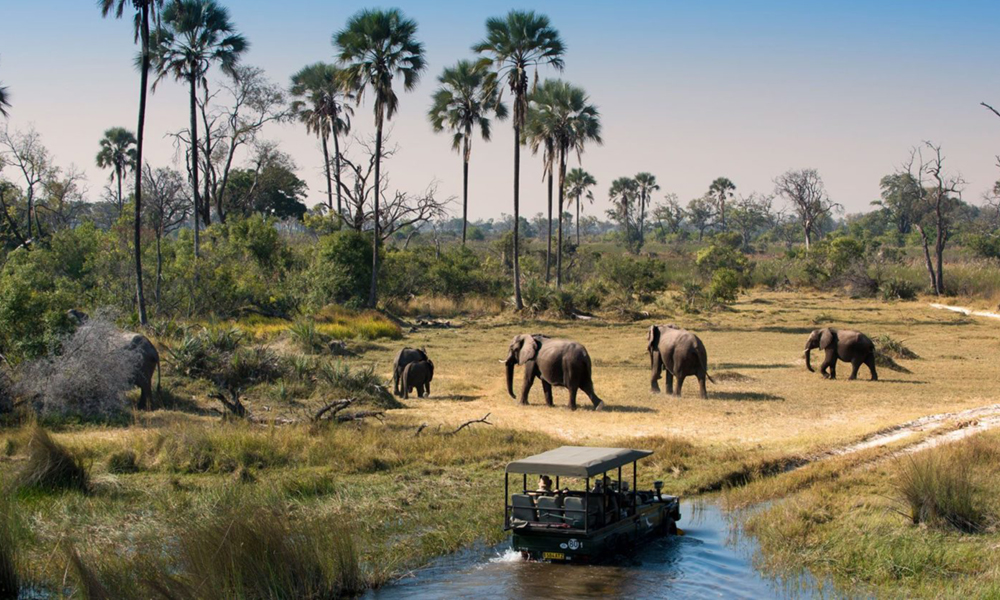 Botswana is a land-locked country located in Southern Africa and bordering on Namibia, South Africa, Zimbabwe and Zambia. Botswana is famous for its wildlife, areas like the Chobe National Park, Moremi National Park in the Okavango Delta and the Central Kalahari Game Reserve have a very high concentration of game. The bulk of the Kalahari desert falls within Botswana's borders and Botswana is home to most of the world's San (bushman) population. The economy, one of the most robust on the continent, is dominated by diamond mining and tourism.

As a tourist destination, Botswana has traditionally opted for a high price / low numbers formula, in part as a conservation strategy, and also to differentiate itself from neighbouring tourist countries who follow a mass market tourism policy. However, that isn't to say that Botswana is an expensive high end destination. In many respects costs and quality compare to neighbouring South Africa. However the two jewels in Botswana's tourism crown (the Okavango delta and Chobe National Park) are quite exclusive, although there are budget options.

For independent travellers touring the region Botswana offers an interesting contrast to the poverty of its northern neighbours, and is free from the apartheid hangover that still blights South Africa. Botswana has a long established tourism industry and levels of service are good, hassles are low and tourist numbers minimal away from the main parks, allowing for some magical 'off the beaten path' experiences.

1What shots do I need for Botswana?
Yes, some vaccines are recommended or required for Botswana. The CDC and WHO recommend the following vaccines for Botswana: (read more: https://www.passporthealthusa.com/destination-advice/botswana/)
2What currencies can I use in Botswana?
The currency in Botswana is the Pula (P) which is made up of 100 Thebe. Botswana banks only accept US Dollars, Pound Sterling, Euro and South African Rand in cash. Any cash payments made to camps for curios, or gratuities to guides or staff, need to be in one of these currencies.
NOTE
Botswana Tourism Levy: As of 1 June 2017, visitors travelling to Botswana are liable to pay US$ 30 per person at the port of entry into the country. The levy will be payable at all ports of entry, including airports and border posts, through electronic payment machines, cash and debit and credit cards. A unique receipt, corresponding with the passport, will be generated automatically which then needs to be presented to Immigration Officials. The receipt will be valid for a 30-day period and can be used for multiple entries.